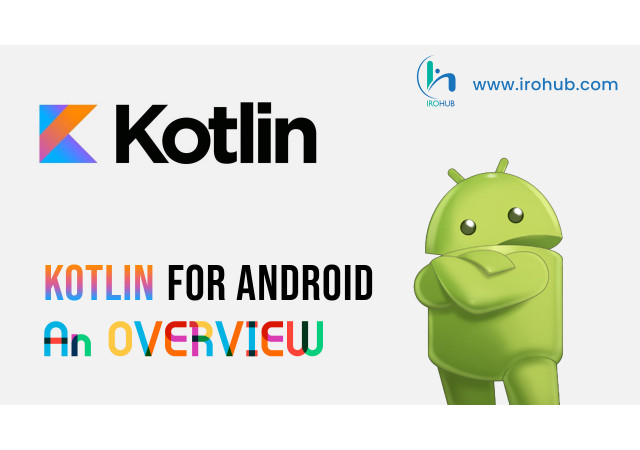 A brief on Kotlin

Android is occurring and it will last until a different game-changer chooses to replace it. We see that many different trends are developing and we just cannot expect another opportunity to expose. This is when Google declared its backing for Kotlin. And, now this solely means that Kotlin will be added as the official language for Android app development. Kotlin is also applied for developing apps in iOS as well (JetBrains is the living example for this). This app was entirely composed in Kotlin. The fascinating part is that Kotlin runs well on Android, iOS, despite the browser.

The backing for both Android and iOS mobile platforms is on the growth day by day, which means that Kotlin will achieve more comprehensive influence and will expand far ahead of the Android that it is concentrating at present. Though Google has increased its support saying Kotlin as an official language for Android app development, still, people are unsure about choosing Kotlin technology rather than Java for developing Android apps.

What precisely is Kotlin?

Developed by JetBrains, Kotlin is one of the most advanced programming languages in the complex array of languages that can be used for the development of JVM, Native, and Android as well. Though the Android community was using this language for developing apps for a quite remarkable time now, it is not until later that Google made an approved declaration of Kotlin for Android app development.

Why have programmers started to pay consideration?

This modernized language Kotlin comes with numerous characteristics, which makes it distinct from others. When confronted with Java, it is accurate and catching. Yes, of course, Java is well-known for its robustness and security, there are still some peculiarities that it is ineffective in. Java requires specific features that Kotlin is strong in, which could be one of the grounds why Kotlin would be substituting Java over time. Experts are also of the belief that Kotlin’s goals and objectives are ideally comparable to that of Swift from Apple. And, developers are using this similarity for the shift from Android to iOS and vice-versa.

Pinterest is amidst those that have previously been practicing it across some of the latest innovations of their Android app. Basecamp is one of the other instances, wherein 100% of the code on their Android app was written in Kotlin. Trello has used Kotlin in its composition code.

Can you think of any other programming language wherein everything is available and formed as if it has been waiting for you all these years? If you have ever attempted working on a Kotlin project, then you would have encountered this as within the initial few minutes of setting up the Kotlin environment, everything is set to spread out and function, mindless of whether the user is informed of anything at all about Kotlin. When you are working with Android 2.3, you might have to have a plugin installed and when it happens to 3.0, you can experience the privilege of seamless integration of the complete process.

Android app development is more relaxed than before

Our summary and analysis of Kotlin would have served as an eye-opener for the readers as to the comfort and functionality that it presents. Though it is great and powerful, it is easy too. It opens up a new world of programming opportunities. This looks quite too incredible for someone who has operated on Java all their life. There could be no other most suitable replacement for Java apart from Kotlin which will help in producing fabulous apps in Android as it takes fewer compilation times and the tools are more accessible to handle and operate. The compilation times are alike to those in Java. Also, it would not contribute to improving the method count as the library wanted for writing Kotlin apps is minimum.

Environment and language are mature

Though languages such as Swift are gaining reputation, Kotlin would be easier to use. Kotlin’s release went over numerous stages before it's 1.0, the final item was released. There are no primary concerns that can arise with Kotlin as everything will work as it is accustomed to. All the plugins and highlights that you were previously using in Java functions here along with the IDE plugin. So, you have no anxieties when working with Kotlin.

Irohub Infotech is where you get the best foundation for Android app development and Android training in Kochi. Get yourself equipped from the experts with us and kick start your career on the right track.