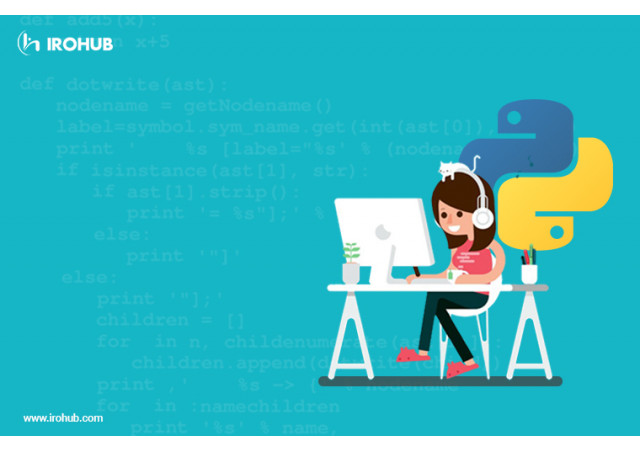 Among the plethora of programming languages we have today, most of the programmers prefer Python. The reason for this is the emphasis Python gives on the readability and efficiency of the code they write. In general, we can brief Python as an object-oriented language developed in the 1980s by Dutchman Guido van Rossum. The tech giants like IBM, Cisco, Google, Quora, Dropbox, etc. use Python due to its simplicity and elegance.

10 reasons to do an internship in Python

Here we will see the major 10 reasons why we say one should do an internship in Python. The benefits users get are many in doing so.

In this era, almost every job makes use of data for their operation. Numpy and Pandas made Python rise to prominence in the world of data. Similarly, libraries like Matplotlib and Seaborn make Python handle statistical and tabular data.

Python is highly efficient and readable. If you know English you can easily master Python. The rules and special cases in Syntax are easy and simple to follow. With Python code, you can focus more on what to do, rather than language intricacies.

Let it be Windows, Linux, or macOS your Python code will work the same.  Besides, being an open-source there are decades of communities that support Python ensuring the proper functioning of your code.

The Python developers are always offered with attractive packages when compared with other areas in the same dep[artment of programming.

Python is flexible as we can integrate it with other programming languages. Here is the list of it

It is a clear case that the future of IT will be led by Artificial intelligence. Keras and TensorFlow are the libraries in Python which enable machine learning. Similarly, OpenCV enables image recognition.

We can even use Python to develop GUI and desktop applications. The library called Tkinter enables simple and rapid application development.

A python is an excellent tool for validating products or ideas. It has numerous built-in testing frameworks that can handle debugging and rapid workflows.

Python’s different frameworks support website development for different requirements. The popular frameworks include Django, Flask, and Pylons which are characterized by faster and stable code.

Now you have the reasons to learn python. iROHUB infotech has the most appropriate Python courses and they provide the best Python training in Kochi.